Remote observation station of the Astronomical Observatory of the University of Valencia. 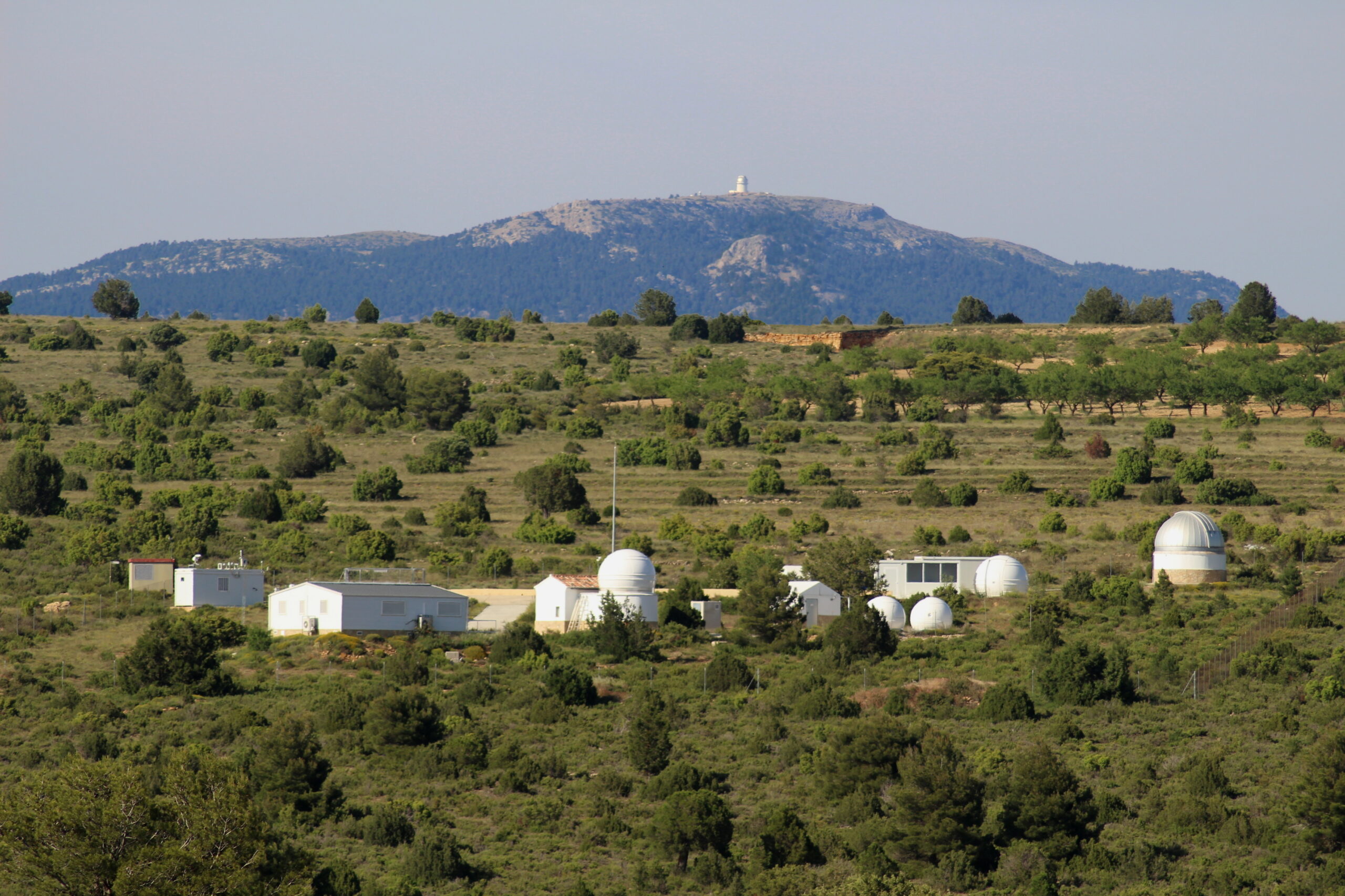 Observatorio de Aras de los Olmos, in the foreground. In the background, the Javalambre Astrophysical Observatory, both located in the Starlight Reserve.

The OAO (Observatorio de Aras de los Olmos – Universidad de Valencia), is the observation station of the Astronomical Observatory of the University of Valencia. It is located in the town of Aras de los Olmos, on the Santa Catalina butte, inside its wind farm. It is a location with an excellent sky, one of the few remaining dark places in the Valencian Community, and very close to the Observatorio Astrofísico de Javalambre. In December 2016, the area where the Aras de los Olmos Observatory is located was accredited as a Starlight Reserve and as a Starlight Tourist Destination, a double award that certifies the astronomical quality of the territory. These reserves are an associated action of UNESCO for those places that meet the demanding astronomical requirements imposed by the Starlight Foundation. Our observatory is part of the Spanish Network for Light Pollution Studies, and you can see the daily measurement of sky darkness in this link.

The first means of observation that the Astronomical Observatory had were installed on the roof of the historic building of the University of Valencia on Calle de la Nave. But the fire that occurred in 1932 destroyed practically all the astronomical facilities. In 1946 the Observatory moved to Avenida de Blasco Ibáñez, the current headquarters of the Rectorate of the University. The subsequent development of the city of Valencia, due to the light pollution it entailed, made it impossible to carry out quality astronomical work at this observatory.

For this reason, the Astronomical Observatory of the University of Valencia had to find a new location to work. The final decision was Aras de los Olmos, one of the few really dark areas in our Community, as can be seen in the following light pollution map: 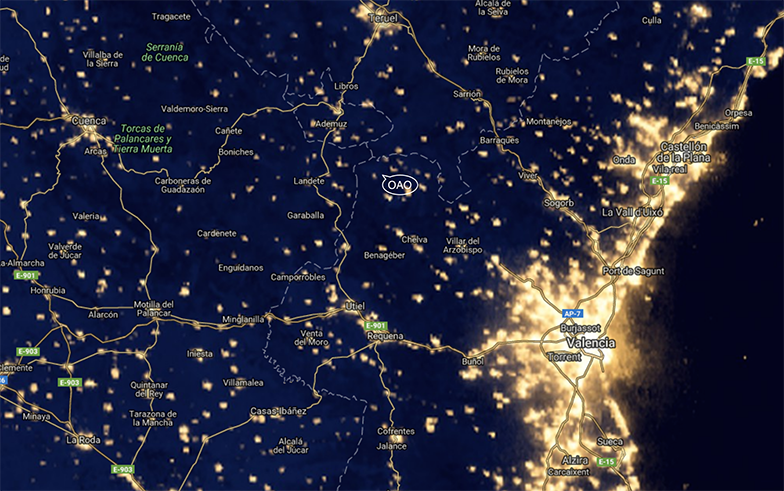 As can be seen in the following video, only the direction towards Valencia (SE) presents an appreciable illumination, below 20º in height. On dark nights with clear skies, the illumination of some important or relatively nearby towns (Madrid, Castellón and Teruel) can be slightly observed, as well as the concentration of population along the Mediterranean coast.