Activities for people with special needs

Activities for people with special needs

The Astronomical Observatory of the University of Valencia publishes here a collection of astronomical activities for people with special needs.

Some of these activities have been developed by the working group on Astronomical Activities for People with Special Needs of the Spanish International Year of Astronomy 2009 national node.The people in the working group are Amelia Ortiz-Gil (coordinator), Pere Blay (UV), A.Teresa Gallego Calvente (IAA), Miquel Gomez i Collado(UV), Jose Carlos Guirado (UV), Mariana Lanzara (UV) and Silvia Martinez Nuñez (UA).

Do not miss our latest project, “A Touch of the Universe“!

The talk  “Sensaciones” (Sensations) is a powerpoint presentation specially developed for people with cognitive impairments.

Simultaneously with the projection of a sequence of images, along with some relaxing music, we use the following:

We seek to make the public “feel” directly the sensations suggested by the images, so they “connect” better with the narration.

“Solo Imágenes” (Only Images) is a powerpoint presentation addressed specially to people with cognitive impairments. It has soothing effects when shown together with some relaxing music, specially for people affected by autism. 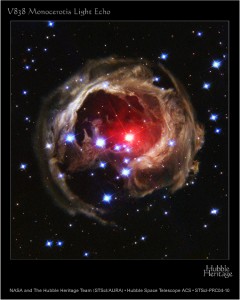 It consists on a space trip starting at the Sun, then traveling through the Solar System, various objects in our Galaxy, other galaxies, and finally reaching the cosmic microwave background.

“La Vida de las Estrellas” (The Life of the Stars)

The interactive talk “La vida de las estrellas” (The Life of the Stars) seeks to explain, with an easy to understand language, the life cicle of the stars to people with cognitive impairments. 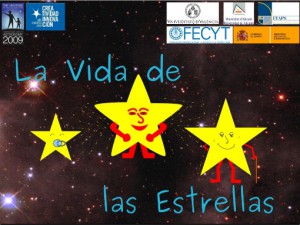 It has been presented with great success three times during the International Year of Astronomy, at the three main cities of the  Comunidad Valencia (Valencia , Alicante y Castellón),in collaboration with the association of people with cognitive disabilities Federación de Asociaciones a favor de las Personas con Discapacidad Intelectual de la Comunidad Valenciana (FEAPS-CV).

“Volver a Contemplar las Estrellas” (The Sky at Your Fingertips) 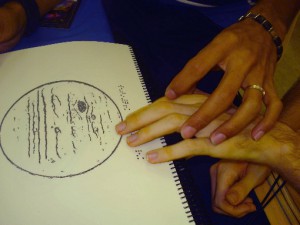 “Volver a contemplar las estrellas” (The Sky at Your Fingertips) is a website about astronomy for the blind and visually impaired, created by the Osservatorio Astronomico di Padova. It is an introduction to the basics of Astronomy, starting with the electromagnetic spectrum, and ending with a brief explanation about the dark energy problem.

The artwork on the site has been designed to be printed on a thermal printer or similar device, to obtain a tactile version of the drawings.

Our working group has translated the site into Spanish, and we have also printed a book in braille with the contents and images of the website.

The site is currently available in three languages: Touch the Sky

Astroadapt is a free open source software for people with motor impairments.

Astroadapt is curently available in Spanish and English, and we are working on a translation into Italian. Please contact us if you are interested on further developing the software, adding new astronomical contents, or its translation into other languages.

“El Cielo en tus Manos” (The Sky in Your Hands)

“El Cielo en tus Manos” (The Sky in Your Hands) is a planetarium show specially designed for blind and visually impaired people. The program makes use of a seven channel soundtrack to mark on the dome the position where a particular constellation is being projected. At the same time, one of the two narrators guides the user through a tactile semisphere in which the constellations are engraved.

The premiere of the show  took place on October 29th 2009, at the Hemisfèric, the planetarium at the Valencia’s Arts and Sciences City. Other planetariums worldwide have shown their interest on the show, and we are currently working on its translation to other languages with the collaboration of Planetarians without Borders.

The semisphere (on the picture) has been selected to make part of the International Year of Astronomy 2009 Legacy Collection at  the London’s Museum of Sciences.

This project has been partially funded by the FECyT and has been supported by the Spanish national node of the International Year of Astronomy 2009. We are  also indebted to the Valencia’s Arts and Sciences City and the Spanish National Organisation for the Blind for their support.

We have developed and produced a tactile model of the Moon that can be used in outreach activities, museum exhibits and planetarium shows, mainly addressed to public with visual impairments. 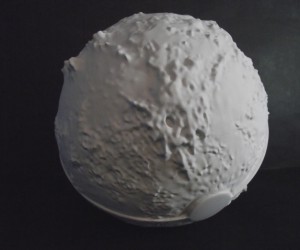 We designed a 3D model that can be printed at any 3D printing service around the world so anybody can replicate it easily and use it in outreach activities.

The final model is a 20cm diameter sphere, representing a simplified version of the lunar surface, with the main maria and craters that can be labeled with a Braille letter. We suggest then to produce a Braille document with the name of the feature corresponding to each Braille letter. Also, the names of the features can be written on the surface, for the benefit of those who are not totally blind.

The prototype model has been tested by blind and visually impaired people all around the world,  from Puerto Rico, Argentina or Brazil, Spain, Ireland, to India. Their feedback has been used to create the final model.

This project has been possible through the generous funding of Europlanet and FECYT, and is supported by the Galileo Teachers Training Program (GTTP), Universe Awareness (UNAWE) and Astronomer Without Borders (AWB). A copy can be found in the Digital Museum of Planetary Mapping.

Following the track of the project “Touching the Moon”, we have developed and produced a tactile model of the planet Mars, mainly addressed to public with visual impairments. 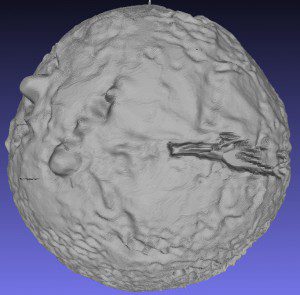 As the previous project, we designed a 3D model that can be printed at any 3D printing service. The final model are two 20cm diameter hemispheres, representing a simplified version of the martian surface, with the main mountaints, valleys and craters, based on the martian altitude data obtained by ESA’s Mars Express probe. This prototype was presented to the ESA contest “Space Apps Challenge 2013“, being the winner of the Spanish stage of the contest.

Files can be downloaded from Google Drive.

A Touch of the Universe

This is an ongoing project to create a kit of selected activities to teach and demonstrate astronomy concepts to people regardless of their visual abilities. 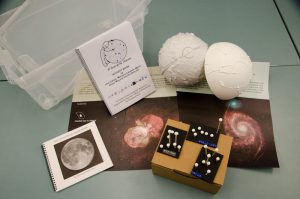