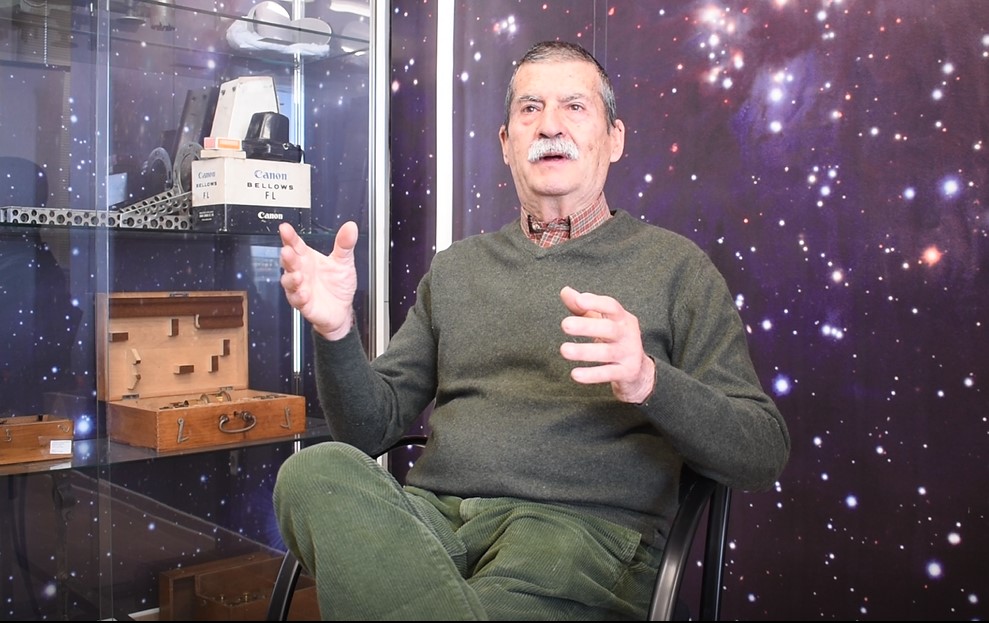 With great regret we inform you of the sudden passing of our colleague Professor of the University of Valencia Álvaro López García (1941-2019).

Álvaro was Director of the Astronomical Observatory of the University of Valencia in the period 1968-2000, a difficult time during which the dedication, effort and tenacity of Professor López allowed to recover the Observatory and maintain the teaching, research and social activity of the center. After the death of Ignacio Tarazona, founder of the Observatory, the activity of the center declined until it was practically extinguished towards the mid-60s, with the consequent deterioration of facilities and material. In 1968, Dr. Álvaro López, then a graduate in Chemical Sciences, became Director of the Observatory. At that time the facilities were in an unfortunate condition. Professor López began working on the set-up of instruments and facilities, achieving through his dedication, effort and tenacity to recover the Observatory as a center for research and dissemination of astronomy.

During this time he dedicated himself to promoting the creation of new observation stations. Due to the light pollution produced by the city of Valencia that makes observation very difficult, it was necessary to look for a new work site. Álvaro was thus responsible for the Observatory’s excellent relationship with the non-professional astronomers of the Valencian Astronomy Association, which achieved among other results the birth of the observation stations currently active in the municipality of Aras de los Olmos.

His task in the training of astronomers in the Schools of Mathematics and Physics has been fundamental to maintain and modernize astronomy studies in our University.

In addition to his teaching dedication, Álvaro conducted research in asteroid astrometry, a task he continued until his death. Among the projects he directed, the agreement with the Pulkovo Observatory in St. Petersburg (called Leningrad until 1991) stands out, thanks to which many Russian astronomers visited Valencia to participate in various observational programs of asteroid detection, astrometry and dynamics.

Asteroid 4657 Lopez, discovered by Nikolai Stepanovich Chernykh from the Crimean Astrophysical Observatory, was baptized in homage to him.

His colleagues, students and friends will miss his good spirits, his wisdom and especially his joy. Rest in peace.

P.D .: In this link you can access an interview he gave earlier this year.